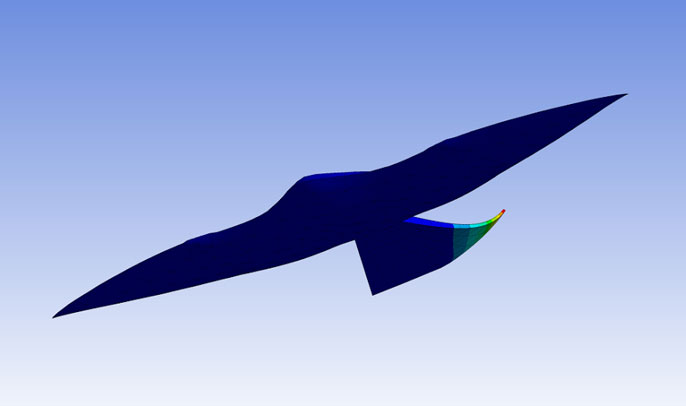 A UCLA engineer is on an international team of engineers and biologists attempting to get unprecedented insights into how birds fly so efficiently in order to design unmanned aircraft with shapeshifting wings. These planes may prove to be lighter, faster and far more maneuverable than today’s stiff-winged aircraft.

The team also includes researchers from Stanford University; Texas A&M; the University of British Columbia; and the Royal Veterinary College and Oxford University, both in the United Kingdom.

While modern, rigid-wing airplanes use drag-inducing flaps and slats for control, birds manipulate individual feathers or clusters of feathers on their wings, creating surfaces that control flight without wasting energy.

“With new materials, advanced sensing and control techniques, and inventive methods for observing birds in flight, our team will begin to bring avian efficiency and agility to aircraft,” said Inman.

Better efficiency will make battery-powered unmanned aircraft more practical, whereas many now rely on fossil fuels. The team will also explore whether their new wings and tail could work on small, crewed aircraft.

Rather than burdening small birds with sensors to measure airflow, researchers will utilize a system that measures pressure disturbances in the air around the bird. Biologists on the project will mount cameras on the backs of large species, such as eagles, to gain close-up views as birds take off, glide, maneuver and land. A third group will explore how wing muscles work together to manipulate the shape of the wing.

The engineers will investigate a variety of avenues toward producing morphing wings for aircraft. They’ll test materials that alter wing shape in response to stimuli such as temperature changes or electric current, and will seek to assemble structures resembling the bone and muscle in birds wings.

To regulate the shapes of the wings, another group of engineers will program the control computer using techniques that mimic neurons in the brain and develop sensors that can be distributed through the wing like nerves. These will report airflow and pressure data back to the computer—information that birds instinctively collect and use in flight.

“A biological neural network can process signals at a speed comparable to a supercomputer while weighing only one millionth as much and consuming one millionth the power,” said Chen, who also has an appointment in the UCLA Department of Materials Science and Engineering. Chen’s brain-like circuits will be able to quickly and efficiently process information from the sensors, using it to choose the best wing shapes to maneuver the aircraft.