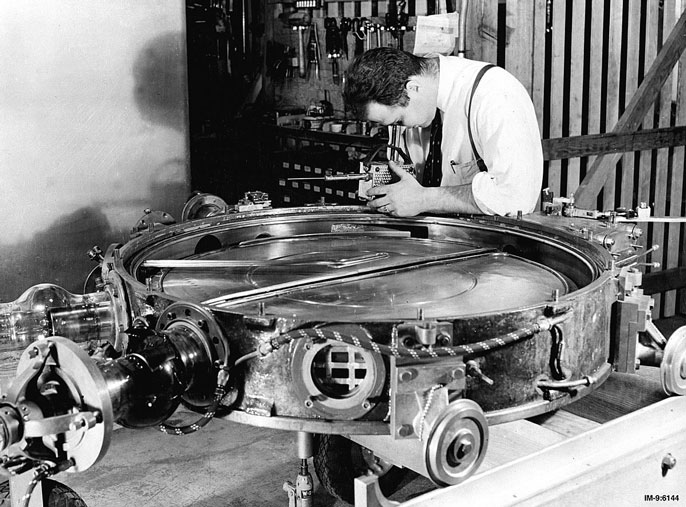 Much has changed over three-quarters of a century, but one thing endures: UC’s commitment to scientific integrity and excellence for national security. Pictured: Harvard Cyclotron at Los Alamos National Laboratory, 1947.

The University of California is the world’s leading public research institution — a $34 billion enterprise that includes 10 campuses, 5 medical centers, 3 affiliated national laboratories, some of the world’s most powerful supercomputers and more than 50 cross-disciplinary facilities. As a renowned university system with global reach, UC is also home to thousands of pioneering scientists and researchers tackling the world’s most complex challenges, with their groundbreaking research and technical expertise shaping the trajectory of the United States and the world.

A hub for innovators and world-changers, UC boasts more than 22,000 faculty members, including 61 Nobel laureates. This impressive group includes Ernest Lawrence, who earned recognition for designing the world’s first particle accelerator — the cyclotron — and launched a new era in high-energy physics.

For the past 75 years, UC has been a driving force for science in support of America’s national security, making critical innovations in fields such as chemistry and physics, materials science and engineering. From designing the cyclotron to studying nuclear-powered rockets for space exploration to advancing the field of high-performance computing, scientists and researchers at UC and its affiliated national laboratories have remained on the cutting edge.

UC’s academic prestige, meanwhile, continues to attract and retain some of the world’s leading scientific minds. As a mission-driven academic institution, the university has built a culture centered on collaborative, interdisciplinary research and scientific rigor. Every day, UC continues to deliver on its missions of research and public service through groundbreaking discoveries and innovations that not only bolster national security but help broaden our understanding of the nation and the world.