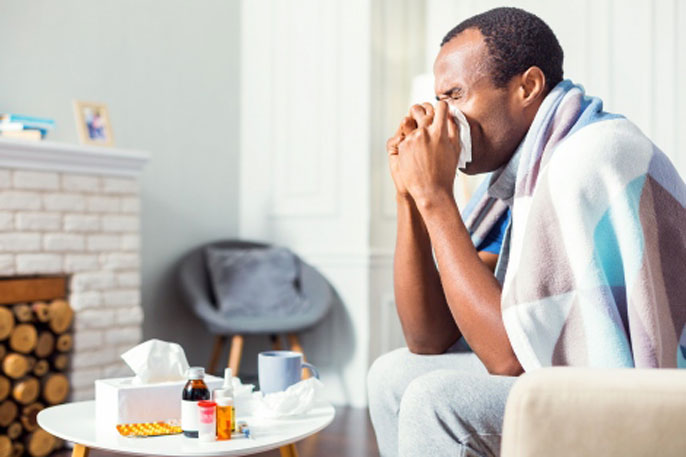 We asked for your questions about the flu, and invited infectious disease expert and clinician Charles Chiu, M.D., Ph.D., to answer them.

Here are the answers to some of your top questions, edited for clarity.

Q: Does this year’s immunization target influenza A(H1N1) or another strain? If another, is it still worth getting the flu shot?

It is definitely worth getting the flu shot each year. First, we do not know a priori how effective the flu vaccine will be in preventing influenza for any given year. Second even partial effectiveness will help to prevent you and your loved ones from getting infected and transmission in the community.

Q: What types of data and patterns do researchers look for to predict how bad/widespread the flu will be each year?

A: In general, flu researchers aim to predict which strains will be circulating next year (to inform the development of next year’s vaccine), the geographic spread of the disease, and how well matched the vaccine will be. The community can also contribute by participating in crowd-sourcing initiatives such as FluTracker.

Q: Do the 80,000 deaths from last year include pneumonia, or flu only?

A: The exact estimate for deaths is 79,400. These are best estimates based on influenza testing in hospitalized patients, the accuracy of test results and mathematical modeling. The deaths are from complications of flu, which includes pneumonia, but can also include other disease syndromes such as sepsis and cardiovascular collapse.

Q: Does the flu hit one gender harder than the other? Anecdotally, I’ve seen females in my social circle hit harder than men this year and wondered if there might be a scientific explanation for the observation!

A: You ask a very intriguing question and one for which there is no clear answer. There are indeed stark differences between men and women in a number of areas, including exposure rates, immunological host responses, incidence of adverse side effects following vaccination, and response to antivirals such as oseltamivir (Tamiflu). Pregnant women are especially vulnerable to severe critical illness from acute influenza virus, with increased risk to the fetus. The World Health Organization issued a report in 2010 that summarizes the available data on sex, gender, and influenza, and also includes many references to the primary literature.

Q: Is there any way to determine at home if you have influenza or another type of virus?

A: Unfortunately, not yet! My lab is working on developing sequencing-based diagnostic tests for infections that can be used in point-of-care settings such as in the doctor’s office, in the emergency department, or even at home. The challenge is that acute respiratory infection such as the flu can be caused by a wide variety of bacteria and viruses. It’s not as simple as a home pregnancy test, which looks for only one marker (beta-HCG) in urine.