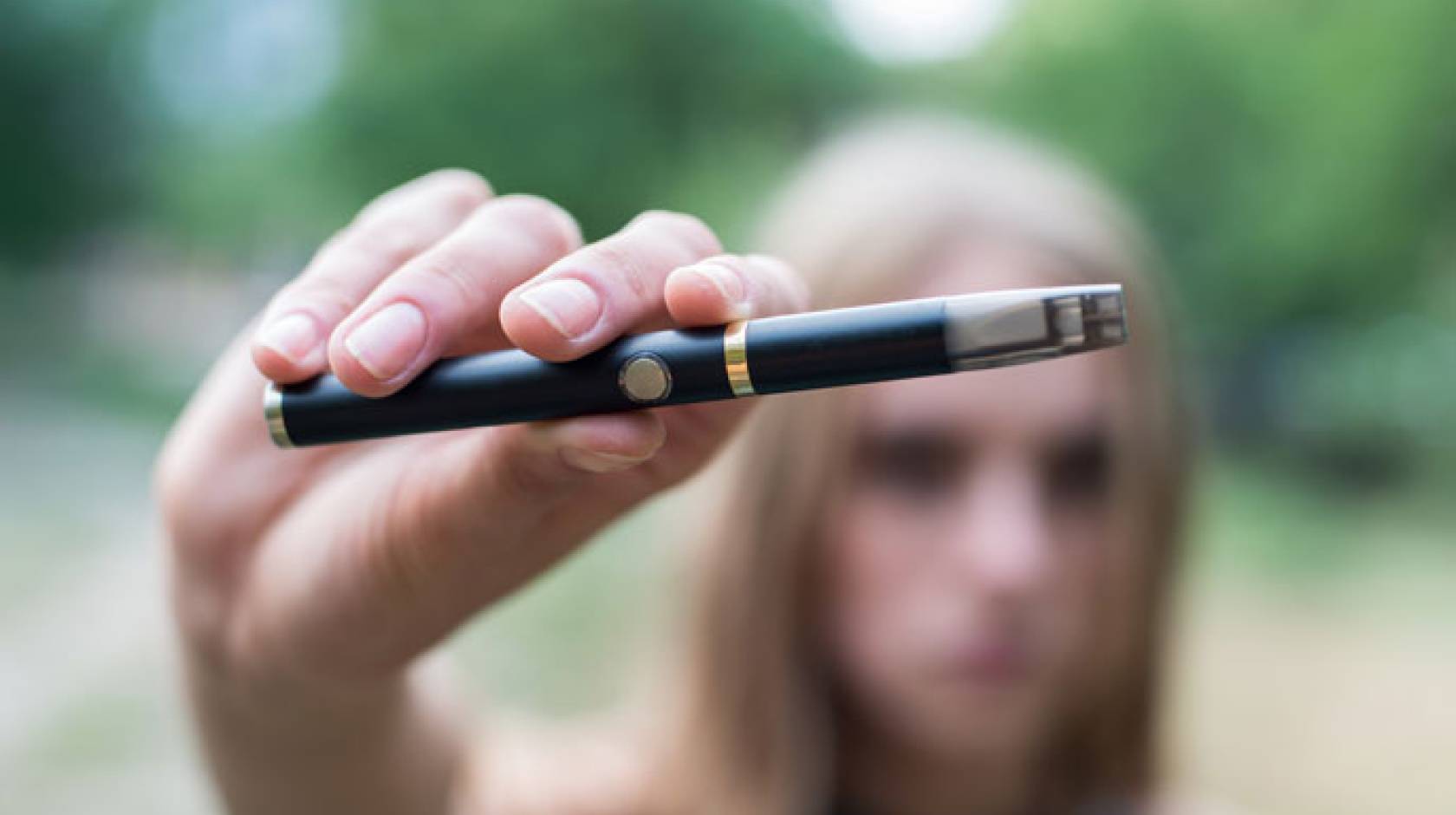 An analysis of a large nationally representative longitudinal study by University of California San Diego Herbert Wertheim School of Public Health and Human Longevity Science report that starting tobacco products, including e-cigarettes, before the age of 18 is a major risk factor for people becoming daily cigarette smokers.

Reporting in the January 11, 2021 online edition of Pediatrics, researchers found that in 2014 people age 12 to 24 who used e-cigarettes were three times as likely to become daily cigarette smokers in the future. Among those who reported using a tobacco product, daily use increased with age through age 28. Daily cigarette smoking nearly doubled between 18 to 21 year olds (12 percent) and 25 to 28 year olds (21 percent).

“This is the first paper that actually looks at progression to dependent cigarette smoking among young adults. In these data, e-cigarettes are a gateway for those who become daily cigarette smokers,” said the study’s first author, John P. Pierce, Ph.D., Professor Emeritus at Herbert Wertheim School of Public Health and Human Longevity Science and UC San Diego Moores Cancer Center. “The start product has changed from cigarettes to e-cigarettes, but the end product has stayed the same. When users become dependent on nicotine, they are converting to cigarette smoking.”

Researchers used data from the Population Assessment of Tobacco and Health (PATH) Study, a longitudinal study of tobacco use and its effect on the health of people in the United States. The PATH Study, undertaken by the National Institute on Drug Abuse (NIDA) and the FDA Center for Tobacco Products under contract to Westat, enrolled a nationally representative sample of 12 to 24 year olds between in 2013 and 2014 and re-interviewed them annually for four years to explore progression to daily use among experimenters of 12 tobacco products.

In the first year, 45 percent of study participants reported using at least one tobacco product in their lifetime. By the fourth year, as participants aged, 62 percent reported some tobacco experimentation. Among those who have ever experimented with tobacco, 73 percent had tried cigarettes and 72 percent had tried e-cigarettes. Further, more than half tried hookahs and cigarillos. Traditional cigars, filtered cigars, smokeless products, pipes and snus were each tried by more than10 percent of study participants.

Among the 17 percent of daily users who were vaping every day, almost half were also non-daily cigarette smokers. Further follow-up will determine whether these young daily tobacco users continue to use both products or whether they settle on a single product, said Pierce.

Less than 1 percent of study participants who experimented with just one tobacco product progressed to daily cigarette smoking. People who had tried five or more products increased their risk of becoming daily cigarette smokers by 15 percentage points.

This research was funded, in part, by the National Institutes of Health (1R01CA234539) and by the Tobacco-Related Disease Research Program of the University of California Office of the President (28IR-0066).