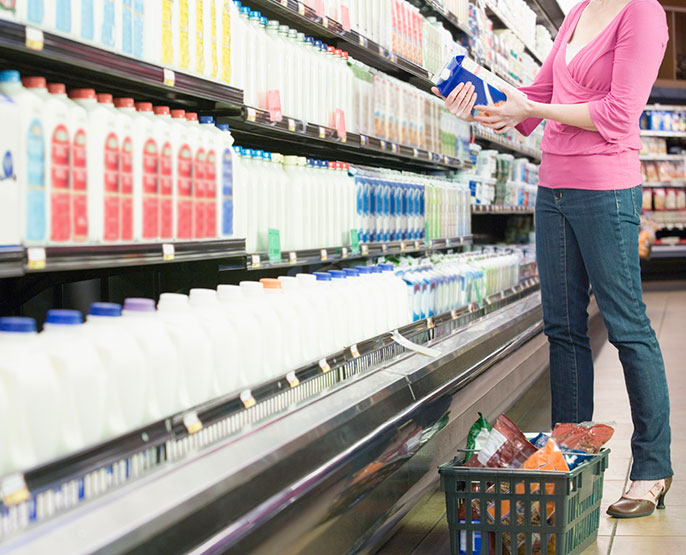 Imagine a 'smart cap' that can tell how fresh a carton of milk is: 3-D printing may make this a reality.

It might not be long before consumers can just hit “print” to create an electronic circuit or wireless sensor in the comfort of their homes.

UC Berkeley engineers, in collaboration with colleagues at Taiwan’s National Chiao Tung University, are expanding the already impressive portfolio of 3-D printing technology to include electrical components, such as resistors, inductors, capacitors and integrated wireless electrical sensing systems. They have put the new technology to the test by printing a wireless “smart cap” for a milk carton that detected signs of spoilage using embedded sensors.

The findings are published Monday (July 20) in a new open-access journal in the Nature Publishing Group called Microsystems & Nanoengineering.

Major advances over the past 10 years have enabled the creation of a wide array of 3-D-printed products, including prosthetics, medical implants, toys, vehicle parts, building materials and even food. What had been missing from the repertoire until now was the ability to produce sensitive electronic components.

“Our paper describes the first demonstration of 3-D printing for working basic electrical components, as well as a working wireless sensor,” said senior author Liwei Lin, a professor of mechanical engineering and co-director of the Berkeley Sensor and Actuator Center. “One day, people may simply download 3-D-printing files from the Internet with customized shapes and colors and print out useful devices at home.”

Polymers are attractive materials in the world of 3-D printing because their flexibility allows them to be formed into a variety of shapes. However, such materials are poor conductors of electricity, and thus bad candidates for electronic devices. To get around this, the researchers started off by building a system using polymers and wax. They would then remove the wax, leaving hollow tubes into which liquid metal — in their experiments they used — was injected and then cured.

The shape and design of the metal determined the function of different electrical components. For instance, thin wires acted as resistors, and flat plates were made into capacitors. But the question remained: Do the pieces of metal actually do anything useful?

To answer that, the researchers integrated the electronic components into a plastic milk carton cap to monitor signs of spoilage. The “smart cap” was fitted with a capacitor and an inductor to form a resonant circuit. A quick flip of the carton allowed a bit of milk to get trapped in the cap’s capacitor gap, and the entire carton was then left unopened at room temperature (about 71.6 degrees Fahrenheit) for 36 hours.

The circuit could detect the changes in electrical signals that accompany increased levels of bacteria. The researchers periodically monitored the changes with a wireless radio-frequency probe at the start of the experiment and every 12 hours thereafter, up to 36 hours. The property of milk changes gradually as it degrades, leading to variations in its electrical characteristics. Those changes were detected wirelessly using the smart cap, which found that the peak vibration frequency of the room-temperature milk dropped by 4.3 percent after 36 hours. In comparison, a carton of milk kept in refrigeration at 39.2 degrees Fahrenheit saw a relatively minor 0.12 percent shift in frequency over the same time period.

“This 3-D-printing technology could eventually make electronic circuits cheap enough to be added to packaging to provide food safety alerts for consumers,” said Lin. “You could imagine a scenario where you can use your cellphone to check the freshness of food while it’s still on the store shelves.”

As 3-D printers become cheaper and better, the options for electronics will expand, said Lin, though he does not think people will be printing out their own smartphones or computers anytime soon.

“That would be very difficult because of the extremely small size of modern electronics,” he said. “It might also not be practical in terms of price since current integrated circuits are made by batch fabrication to keep costs low. Instead, I see 3-D-printed microelectronic devices as very promising for systems that would benefit from customization.”

Lin said his lab is working on developing this technology for health applications, such as implantable devices with embedded transducers that can monitor blood pressure, muscle strain and drug concentrations.