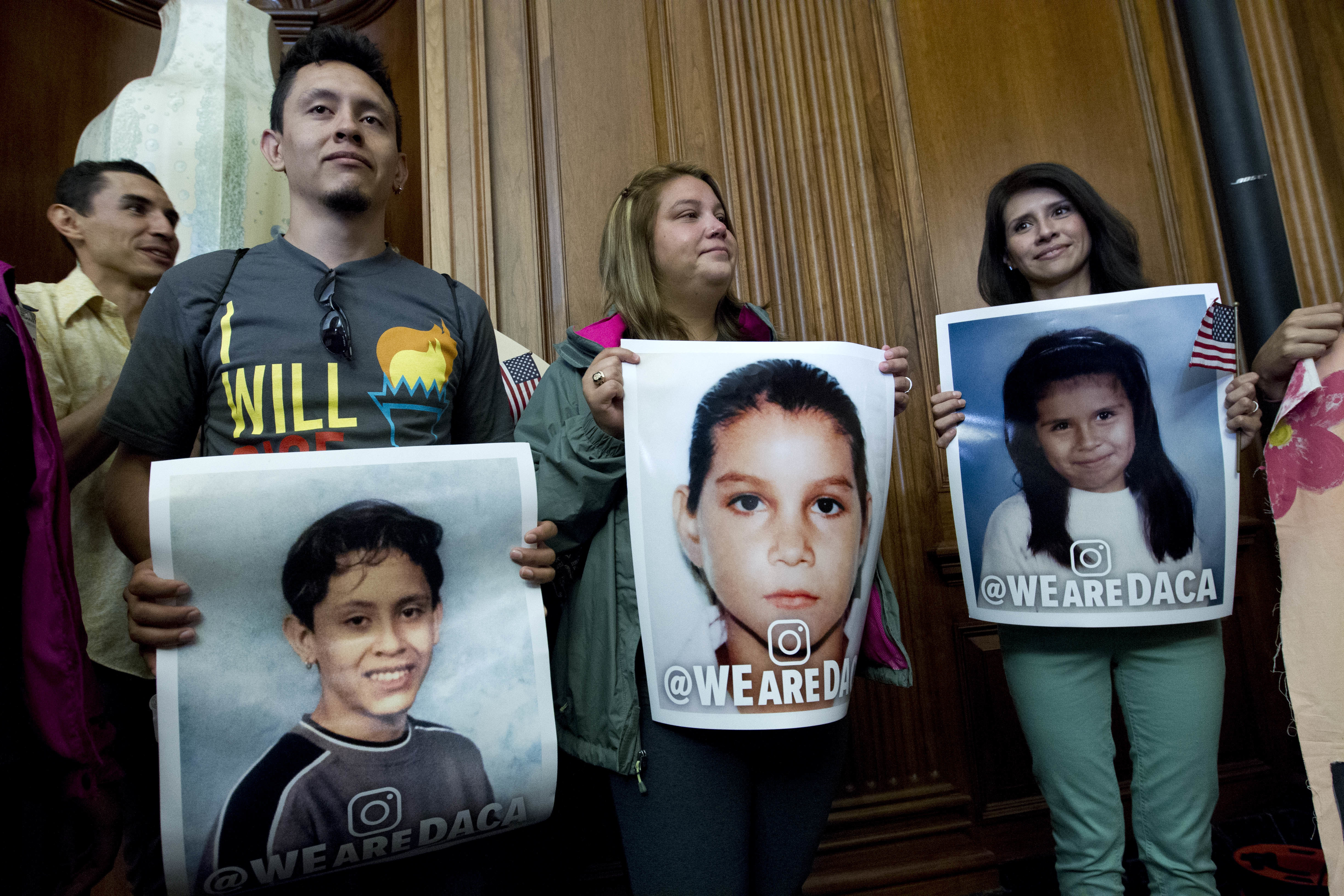 Three DACA recipients hold pictures of themselves as children newly arrived in the United States at a congressional meeting, Sept. 6, 2017.

Editor’s note: A federal court in Texas delivered a blow to an Obama-era federal program shielding hundreds of thousands of undocumented immigrants who came to the United States as children from being deported.

The federal government under President Joe Biden has been accepting new applications for DACA protections. That must now stop, Hanen ruled.

We asked legal scholar Kevin Johnson, who specializes in immigration law, to explain what impact Hanen’s ruling will have on DACA — and what comes next.

1. If the Supreme Court already ruled DACA could continue, how can it be unlawful?

In Department of Homeland Security v. Regents of University of California, the Supreme Court did not decide whether DACA, established by President Barack Obama in 2012, was lawful. It held only that in its efforts to end DACA, the Trump administration had not followed the proper procedures required by the federal Administrative Procedure Act to terminate the policy.

In a 5-4 decision written by Chief Justice John Roberts, the court ruled that President Trump’s attempt to end DACA was “arbitrary and capricious” because it had failed to adequately account for, among other things, the severe disruption of the lives of DACA recipients who had relied on the program in making life decisions.

By so doing, Trump had violated the Administrative Procedure Act, and, thus, his administration’s attempt to invalidate DACA was unlawful. As a result, the immigrants already protected by DACA would maintain their legal status, and the ruling seemed to require the administration to allow new DACA applications.

But the Trump administration refused to allow new applications to the program.

2. What does the Texas court’s decision mean for current DACA recipients?

Judge Hanen’s ruling only bars the approval of new DACA applications. It does not eliminate DACA relief for the approximately 690,000 people already enrolled in the program.

Current DACA recipients may still apply for renewals every two years. The Biden administration is likely to grant those renewals absent a change in the applicant’s circumstances, such as a serious criminal conviction.

Put simply, for the time being, current DACA recipients are protected from deportation, but the Biden administration can no longer offer that same protection to other undocumented immigrants brought to the U.S. as children — even if technically it seems they could apply for DACA.

3. What’s next in the DACA debate?

President Biden has said his administration will appeal Judge Hanen’s ruling, and the Supreme Court ultimately could take the case. If the ruling were reversed by a higher court, the Biden administration would be permitted to approve new DACA applications.

The courts aren’t the only place where DACA’s legal problems could be addressed. Biden, immigrant rights advocates and congressional Democrats, including Sen. Dick Durbin, are now calling for lawmakers to pass legislation permanently protecting DACA recipients.

The American Dream and Promise Act of 2019 — introduced to Congress during President Trump’s campaign to end DACA — would provide a pathway to citizenship for current DACA recipients. That immigration reform would give them lasting legal status, rather than the temporary — and revocable — relief from deportation offered by DACA.

This article was written by Kevin Johnson, dean and professor of public interest law and Chicana/o Studies, University of California, Davis. This article is republished from The Conversation under a Creative Commons license. Read the original article.